Travelling by bike is one of the most rewarding ways of seeing the world. Yes, it requires effort, stamina and sometimes some anger release and tears but, guess what? Once you make it up that mountain or across a new region, you know it was your own will and power that brought you all the way there. 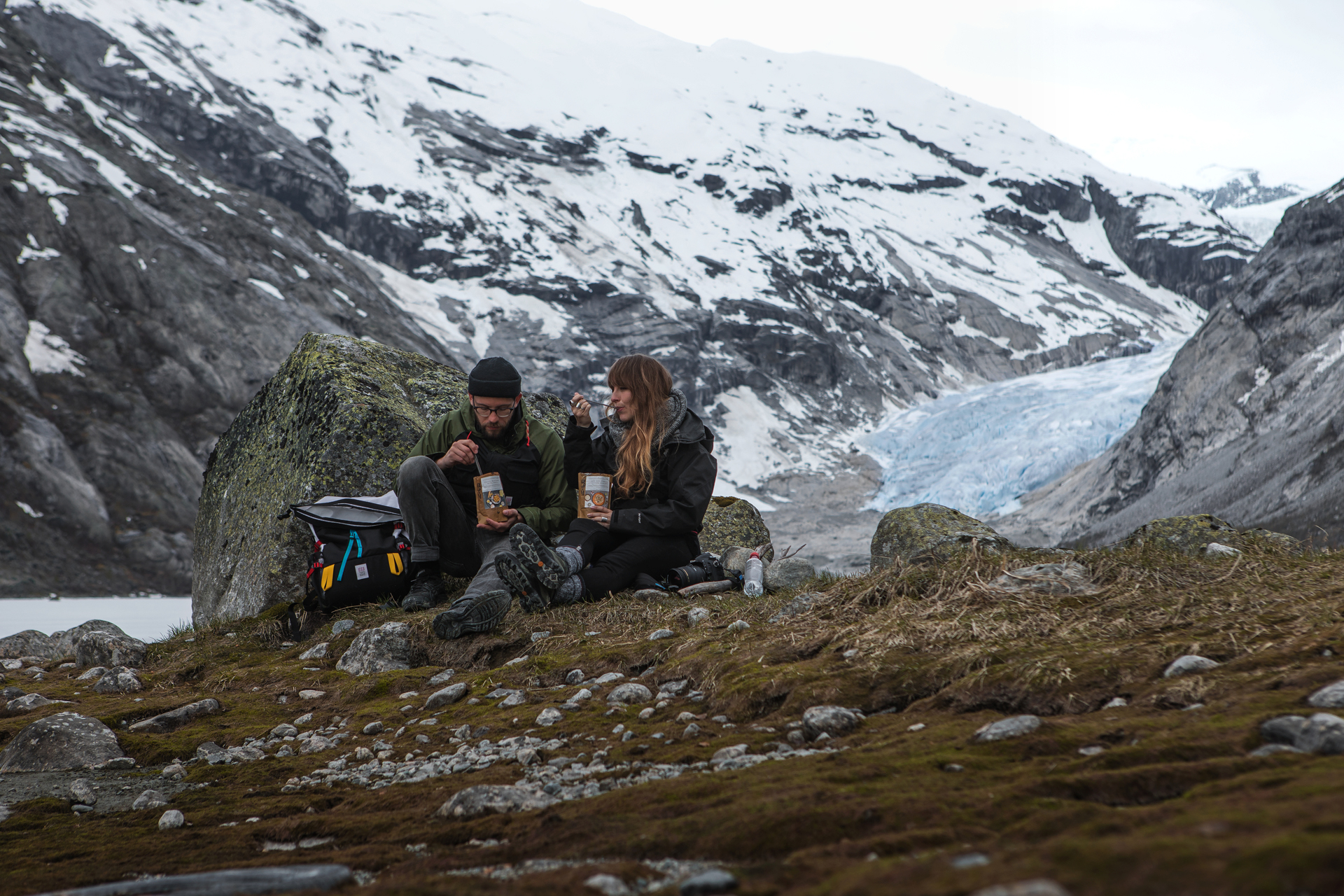 Going where the road takes us, staying where the heart tells us. That’s been more our less our approach for our roadtrip #onthenorway. We had a roughly scribbled route at hand, but as none of us had ever been to Norway before, we had no ideas about realistic daily distances. We knew that some roads might still be closed due to heavy winter conditions, so we knew we’d have to improvise every now and then anyway.

From our hometown Berlin we flew to Bergen, where we collected our home on wheels for the next 18 days: an „Island Blue“ MINI Cooper S Countryman ALL4 equipped with a rooftop tent. We had been in great anticipation for a couple of weeks now, but laying eyes on our MINI, we wanted nothing but to leave the city and explore the roads of Norway. 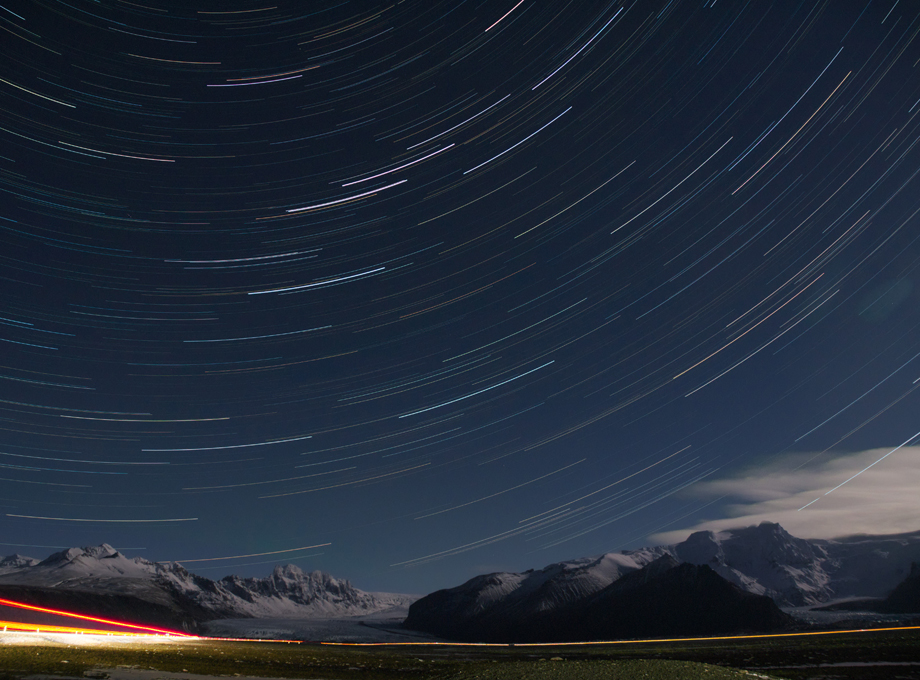 We arrived early in the morning at the Skaftafell Visitor Centre eager to seize the day and to get some good light for admiring and photographing the impressive landscape. Skaftafell is part of the Vatnajökull National Park and several trails start directly from the ranger’s station.

We decided to follow a circuit trail of about 3 hours duration. At about 10 a.m. we started hiking with the first light of dawn. In the beginning the trail passed between small birches, which started disappearing as the path climbed uphill. The vegetation started making room for the more and more rocky ground until only some sparse bushes and tufts of grass were left. Despite the surprisingly warm temperatures for this season, several parts of the trail were covered in blank ice, requiring caution while proceeding.

The path led us along the edge of a mountain running across Skaftafellsjökull – a glacier tongue extending towards South from Vatnajökull. Being at a higher altitude we could witness a unique view of the glacier from above of how it calves into a glacial lake.

As noon was approaching we found the perfect spot to stop for lunch with an excellent view on the glacier. We consumed our Forestia meals while gazing upon the landscape, which resembled an alpine one. However, its origins were totally different, since it has been formed by the might of ice and fire (volcanic eruptions and glaciers). On days with good sight it is even possible to view to the ocean from that spot, since only wasteland washed out by the glacier floods lies in between the mountains and the shore. 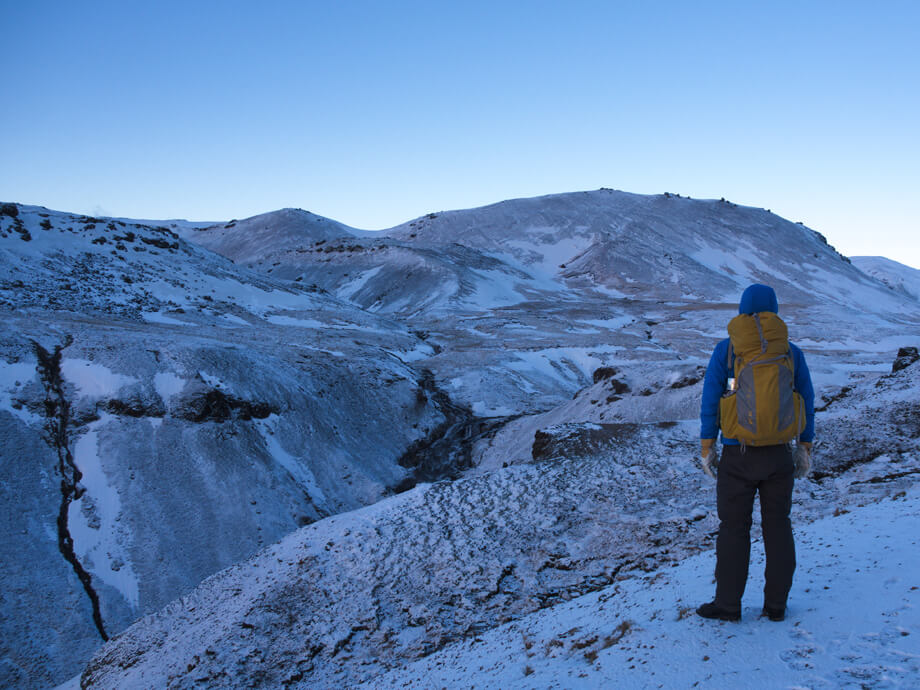 Near Reykjavik, actually only 45km drive from the capital, lies the town of Hveragerði. It is known for being located in a geothermally active area. The hot springs are used for heating the many greenhouses as well as for leisure. The trailhead starts directly at the parking lot just outside the town.

We prepared our backpacks for the walk and made sure to pack our swimming suits and towels. The path along the ‘smoking valley’, as the name traduces literally, leads the wanderer 4km along the geothermal area slowly gaining altitude.

Just after the first steps the name of the valley becomes self-explanatory. Steam clouds appear to the sight and are carried away by the wind giving the landscape a surreal feel. Directly alongside the path lie several hot springs with boiling mud. The mountains that surrounded us and the trail itself was covered in snow. Only around the springs and were the steam was blown by the wind the green grass that lied underneath appeared.

Continuing on our way the path led us further up along gorges with rocky cliffs. Again, we passed through clouds of steam. We could hear the water boiling in hot pools nearby. Signs along the way alerted the passersby about the water temperature not being suited for bathing. 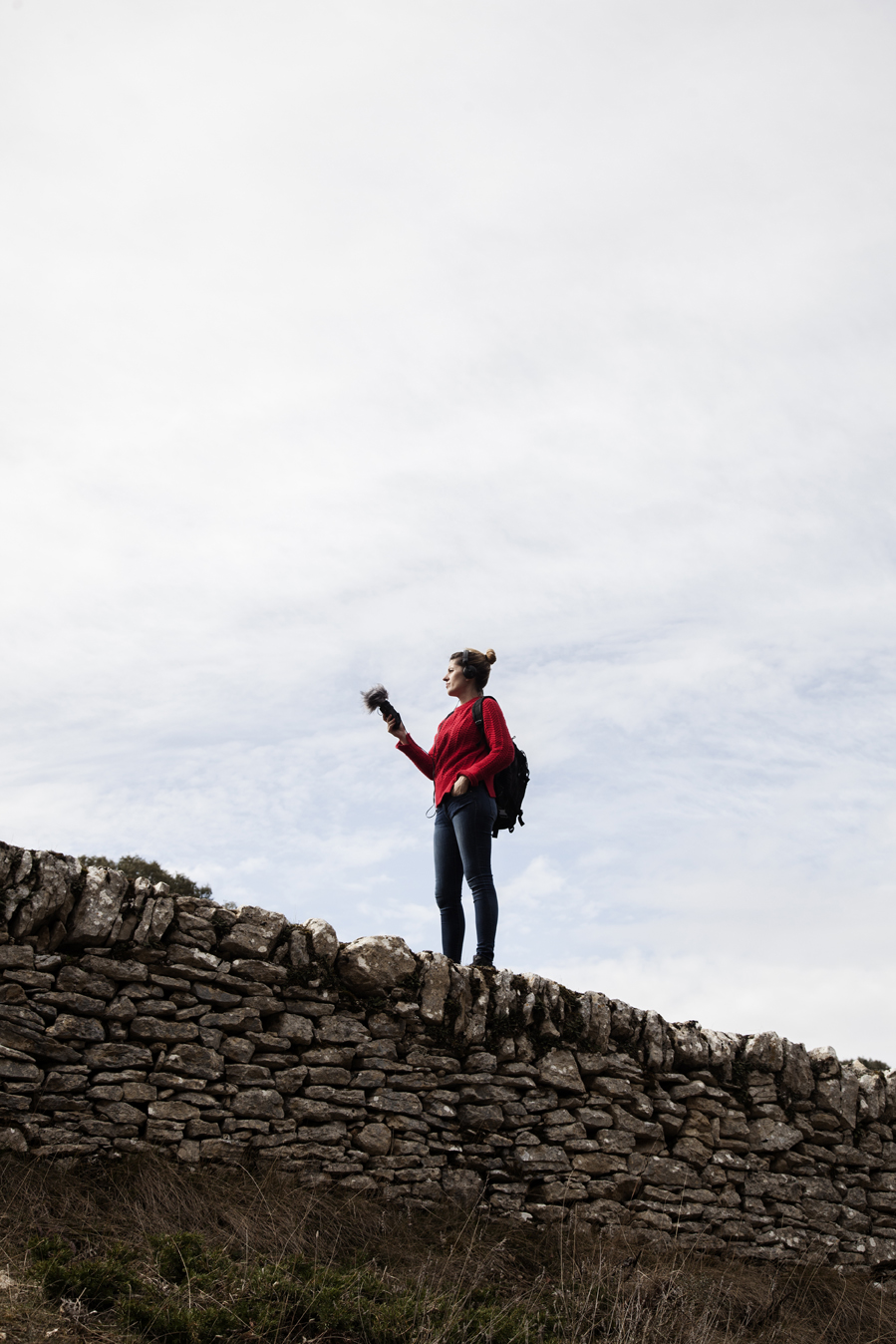 For two years, we have been regular visitors to the Las Merindades region, in the province of Burgos, where we have family. Little by little, we have got to know the area and discovered its artistic and archaeological wealth. From perfectly preserved Roman churches to large mediaeval castles, with stop-offs at hermitages carved into the rock, the region is a hidden gem.

In towns like Bisjueces and Espinosa de los Monteros, you can find the origins of what would later become the Kingdom of Castile. But, before this happened, the Romans also lived in the area. Today, you can find numerous remnants of their time here.

Specifically, we chose the path that connects the town of Almiñé to the sanctuary of Santa María de la Hoz, which follows a Roman road. It is a stretch of the Camino Real, which connected the Meseta to the Cantabrian coast. Known as Almiñé Hill (Cuesta del Almiñé), the path connects Valdivieso Valley at the bottom, with the plateau of the Meseta at the top.

It was built as a carriage road, for four-wheeled vehicles, and was sufficiently wide to allow them to pass each other comfortably. At the sides, the stone sits at a slight angle, probably to assist drainage when it rained.

This trading route connected Cantabria to Burgos, and was used by such illustrious figures as Isabella I of Castile and Charles I of Spain. We started the route at Almiñé, a small town with an extremely well preserved Roman church (San Nicolás de Bari). The bell tower, with its sober adornment, is its most remarkable feature. There are studies to suggest that the first synagogue in the region may have been here.

The road starts at a slight incline, which, as we soon discovered, gets steeper (taking you up 300 m). It progresses through forests of holm oak, which sometimes seem to hug the stones.

We had our first stop at the start of our walk, where you can see remains of stone stables formally used by local villagers. We took advantage of the opportunity to try to record some sounds from the nearby forest. This is an important part of the project we are running, Unusual Journey, where we talk about different trips. We record the sounds of the places we visit.